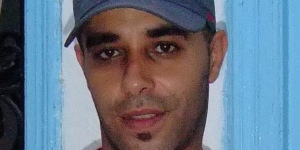 The November 1 death of 32-year old Walid Denguir, allegedly at the hands of police, sheds light on a security apparatus and justice system still in need of reform almost three years since Tunisia’s revolution.

Last Friday afternoon, Denguir left his family’s home in the Bab Jdid neighborhood of Tunis. While details are still emerging, he was quickly arrested by police forces. Less than two hours later, his mother was called and told her son was dead.

At the hospital, Denguir’s mother and the family’s lawyer, prominent human rights advocate Radhia Nasraoui, saw what they called signs of torture on the body. Denguir’s skull reportedly appeared to be cracked and he was covered in bruises.

Lotfi Azzouz, director of the Amnesty International Tunisia office, connected Denguir’s case to pre-revolutionary abuses and said that the death highlighted the need to reform the Tunisian security and justice sectors.

“These cases continue to occur because there is no accountability and punishment is internal,” Azzouz said. Offenses by security officials within the Ministry of Interior, he added, usually are not dealt with by Tunisia’s criminal system, but rather are handled as internal administrative problems within the ministry.

On November 3, in a statement made through state news agency TAP but since taken down, the Ministry of Interior acknowledged that excessive force was used during Denguir’s interrogation and announced that an investigation would be made into his death.

When reached by phone, ministry spokesperson Mohamed Ali Aroui said that they were still waiting for the results of the investigation.

The Sidi el-Bechir police station denied knowing anything about Denguir and refused to answer any questions when called by Tunisia Live.

Azzouz said Denguir’s case was similar to that of Faycel Baraket, a 25-year-old Islamist activist killed while in police custody in 1991 under the rule of Zine el-Abidine Ben Ali. In that case, medical reports were censored and foreign experts were brought in to examine the body. After 22 years, Baraket’s family is still seeking justice.

The autopsy system in Tunisia needs to be reformed, Azzouz said, for the truth to surface in these cases. Yesterday, Tunisian newspaper Al-Chourouk reported that a medical report determined Denguir’s death to be drug-related, and not a result of police abuse. The report could not be verified, and members of Denguir’s family dismissed it as a rumor.

Some security laws in Tunisia date back to the era of the Beys, Azzouz said, referring to Tunisia’s pre-independence monarchs. The internal structure of the Ministry of Interior is still unclear, he added. If it is unclear who is in charge to an outsider, accountability is difficult.

Security officers think of their job as semi-military, Azzouz said, adding that they need to think of their work as protecting, not attacking, people. 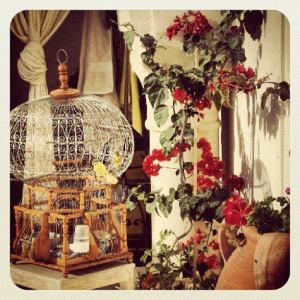 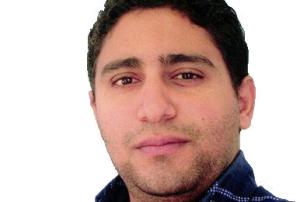 ​PEN Canada’s Writers in Prison Committee  (WiPC) has recently learned that a seven-and-a-half year prison sentence passed on the Tunisian blogger Jabeur Mejri, for expressing allegedly blasphemous views online, was confirmed by the Court of Cassation on April  25, 2013. Mejri has been in prison since his arrest on March  5, 2012. PEN considers Jabeur Mejri to be targeted solely for the peaceful exercise of his right to freedom of expression as guaranteed by Article 19 of the International Covenant on Civil and Political Rights, to which Tunisia is a signatory. PEN calls for Mejri’s immediate and unconditional release and urgently seeks guarantees of his safety in detention.

According to PEN’s information, blogger Jabeur Mejri was arrested on March  5, 2012 for using social networks to publicise a satirical book entitled The Illusion of Islam. On March 9, 2012, a primary court in Mahdia charged Mejri with “disturbing the public order and violating social morals” under article 121 (3) and 226 of Penal Code, and with “publishing articles which violate good morals” under article 86 of Communication Law. These laws were established by the Ben Ali regime.

On March 15, 2012, a primary court in Mahdia (eastern Tunisia) sentenced Mejri to seven and half years in prison. He was also fined 1200 Tunisian Dinars ($790). The author of the book, writer Ghazi Beji, was also charged in the case but fled Tunisia and was sentenced to seven and half years in prison in absentia. Mejir, however, has been in prison since his arrest on March 5, 2012. Mejri has lost all appeals and, on April 25, 2013, the Court of Cassation upheld his sentence.

According to Mejri’s lawyer, he was tortured during his interrogation and was also attacked on several occasions inside the prison by other prisoners after news spread that he had “insulted Islam”. Mejri suffers from behavioural problems, and requests by his defence team for an examination of his mental state were refused by the court.

On April 23, 2013, a committee supporting Jabeur Mejri and Ghazi Beji published a letter from Mejri, written in his prison cell in Mahdia, in which he claims he has been subject to torture. Mejri wrote:

“There’s no freedom of expression here in Tunisia, it is dead…I am denied medicine to cure my illness and other rights. Seven years and six months is a long period to spend in a small, dark and gloomy place. Officers take pleasure in torturing me.”

More information on Jabeur Mejri can be found here